On a lazy, hot day in 1927, a young West Palm Peach, Florida, law clerk far from his Indiana home and bored with his chosen profession heard a “haunting refrain” drift through his open window. The sound came from a phonograph playing in a radio shop across the street from his law office. The thunderstruck clerk soon realized that the song blaring from a sidewalk speaker was “Washboard Blues,” a tune he had written a year earlier. 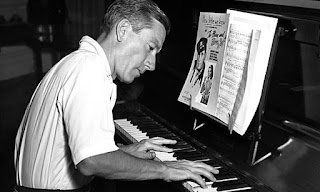 Bolting from his desk, the clerk—Hoagland Howard Carmichael, better known to his friends as Hoagy—ran to the store and bought the album, which had been recorded by cornetist Red Nichols’s band. Returning to his office, Carmichael sat down and wrote a letter to a friend in Indiana informing him of his decision to quit the law profession because “times are too bad to have a young kid like me playing hoppity-hop on the glass-topped desks for 50 [dollars] a month.” Apologizing to a friend in the law office about his abrupt departure, Carmichael, who recalled the occasion in his autobiography Sometimes I Wonder, received the following response: “Hoagy, you never had a chance, you music struck bastard.”

Generations of fans remain glad that the Bloomington-born Carmichael decided to forgo a law career and instead turn to his ongoing love affair with the piano, becoming, as music historian John Edward Hasse noted, an accomplished artist whose “small canvas was the three-minute song.” In his career, Carmichael fashioned a string of enduring songs and instrumentals that led to his rise as one of America’s foremost songwriters with such noteworthy compositions as “Georgia on My Mind,” “Lazy River,” “The Nearness of You,” “Rockin’ Chair,” “Skylark,” and his best-known piece, “Stardust.”

Born in a four-room cottage on Grant Street in Bloomington on November 22, 1899, Carmichael was the eldest child raised by Howard Clyde and Lida Mary Carmichael. Reflecting on his boyhood, Hoagy said he never really had the chance to know his father, who eked out a precarious living first as a horse-and-buggy operator and later as an electrician. “His wild, shouting personality overwhelmed me,” Carmichael admitted.

The family’s one treasure was a piano, and Lida helped make ends meet by playing at the local movie theater and at dances held on the campus of the nearby Indiana University. “I can still remember,” said Carmichael, “walking with bare dusty feet into the cold parlor and standing beside the upright golden oak piano on which Mother practiced her movie music. How I used to love hearing her play!”

As the Carmichael family shuffled between homes in Bloomington and Indianapolis, Hoagy gradually taught himself to play piano, which he came to adore. He noted that although he might often have to be scolded by his mother to take a bath, he always had clean hands when he sat down at the keyboard. “You don’t paw your love with dirty fingernails,” Carmichael said.

Along with the piano, one of the few bright spots during Hoagy’s young life came in 1916 when the budding musician met a black pianist named Reginald DuValle. “The things he could do with a piano were a standard by which I judged all piano work, including a lot of fancy masters,” Carmichael said of DuValle. In addition to helping him with his playing, the long-fingered DuValle also offered some advice that Carmichael never forgot: “Never play anything that ain’t right. You may not make any money, but you’ll never get mad at yourself.” 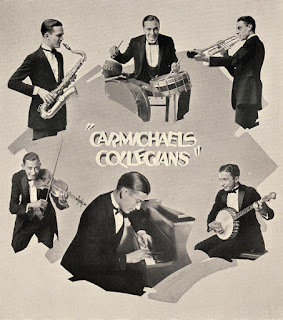 Returning to Bloomington in 1919, Carmichael finished high school and eventually entered IU to study law. Actually, he pointed out in his autobiography, he led two lives while at the university, “a surface existence at college classes, and an almost underground one as a jazz revolutionary.” He formed his own jazz band, Carmichael’s Collegians, and became friends with Leon“Bix” Beiderbecke, a cornet player who had his own jazz group known as The Wolverine Orchestra.

Describing Beiderbecke’s musical ability, Carmichael noted that the notes his friend produced on his horn “weren’t blown—they were hit, like a mallet hits a chime, and his tone had a richness that can only come from the heart.” After hearing that sound, Carmichael rose abruptly from his piano bench and fell, limp, onto a couch. “He had completely ruined me,” Carmichael said of Beiderbecke, who died in 1931. “That sounds idiotic, but it is the truth.”

Beiderbecke returned Carmichael’s friendship, encouraging him to write songs and arranging for the Wolverine Orchestra to record his “Riverboat Shuffle” for Gennett Records in Richmond, Indiana, in 1924. Other songs flowed from Carmichael’s talented fingers during the 1920s, including the one that became his standard, “Stardust,” one of the most recorded songs in history.

After abandoning his Florida law career, Carmichael pursued his songwriting profession in New York and worked with such leading lyricists as Johnny Mercer, Frank Loesser, Paul Francis Webster, and Stanley Adams. Although most of Carmichael’s compositions were made famous by others singers, his interpretations were popular with fans. He described his singing talent as follows: “My native wood-note and often off-key voice is what I call ‘flatsy through the nose.’” 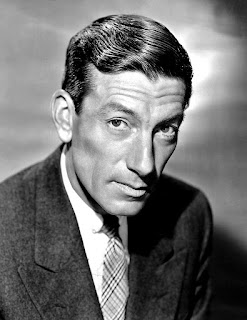 In 1936 Carmichael moved to Los Angeles (where, he noted, “the rainbow never hits the ground for composers”) to write songs for movies. Eventually, he branched out into other entertainment venues, acting in movies, hosting a musical variety show on network radio, appearing on television, and producing oil paintings.

Called by critic Alec Wilder “the most talented, inventive, sophisticated, and jazz-oriented of all the great craftsmen,” Carmichael received an honorary doctorate from IU in 1972. His son, Hoagy Bix, noted that his father tried to put his fame in perspective and “never lost sight of those early years in Indiana, and the thin kid who spent countless hours learning the piano in the basement of the old house in Bloomington.” After suffering a heart attack, Carmichael died in Rancho Mirage, California, on December 27, 1981.


Posted by Ray Boomhower at 8:33 AM No comments: