After graduating from Indiana University with a degree in journalism in 1982, I was lucky enough to find a job on a small daily newspaper in northwestern Indiana, the Rensselaer Republican. As a newbie reporter on a small newspaper, I undertook a variety of assignments, including covering local legislative races. One of the first races I covered involved an Indiana state representative named Jim Jontz.

What impressed me most about Jontz was while his GOP opponent spent the bulk of his time in his interview with me blasting the Democrat, Jontz, between bites of at meal at Monticello pancake house, talked at length about the issues.

Since that time, I have been fascinated by Jontz's career, which included three terms as congressman for the Fifth Congressional District before losing in 1992 to Republican Steve Buyer. My interest in Jontz, who died in 2007 after a long battle with colon cancer, has resulted in a profile that is featured in the fall 2010 issue of the Indiana Historical Society's popular history magazine Traces of Indiana and Midwestern History. The magazine, which I serve as editor, is a benefit of membership in the Society and can be purchased from the organization's History Market.

Christopher Klose, who managed Jontz’s first run for Congress and served as his chief of staff in Washington, D.C., called his former boss “a true populist,” noting he could be just as distrustful of mindless government as he could of reckless corporate behavior. He remembered Jontz saying that issues needed to be examined from “top to bottom, not left to right.” One of Klose’s favorite memories of Jontz is one culled from the campaign trail. After another long day and night seeking votes, the candidate, after packing up his car for the next day’s schedule of events, uttered what came to be known to his staff as the Jim Jontz prayer. “Jim would just shake his head and look up and say, ‘Lord, help me win this one, and I promise next time we’ll do it right,’” Klose said.
Posted by Ray Boomhower at 12:34 PM No comments: 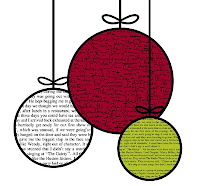 Only a few days to Thanksgiving, my favorite holiday of the year, so that must mean that the Christmas shopping season is upon us. Why not forget about those crowded malls and stop by the Indiana Historical Society's eighth annual Holiday Author Fair from noon to 4 p.m. on Saturday, December 4, at the IHS, 450 West Ohio Street, Indianapolis.

The fair gives you an opportunity to meet a host of Indiana authors, including me, who wil be only too glad to sign copies of their books as gifts to your friends and loved ones, or even family members. Among the authors participating this year are my fellow Eugene and Marilyn Glick Indiana Author Award nominee Colleen Coble; Indiana poet laureate Norbert Krapf; former Indianapolis television anchorman Howard Caldwell; Pulitzer Prize winner Thomas French, with whom I worked with on the Indiana Daily Student; and historical novelist James Alexander Thom.

In addition to book signings, the fair includes presentations on a variety of books and writing styles. At 2:30 p.m. I'll be giving a short workshop titled "Writing Lives: A Primer on Biography."

The event is free with your paid admission to the Indiana Experience. IHS members can attend free of charge. Free parking and gift wrapping will be available.
Posted by Ray Boomhower at 1:56 PM No comments:

The Big Ten Network is more than just sports. At noon on Wednesday, November 16, the network will air a documentary on Hoosier astronaut Gus Grissom. Because of my biography of Grissom, I was interviewed by Purdue University's Jason Doty, who wrote, directed, and edited the program. My interview was conducted at the Grissom Memorial near Spring Mill State Park in Mitchell, Indiana, Grissom's hometown. (That's me being interviewed by Jason near the exhibits at the memorial.)

Here's more on the documentary from Purdue:

A documentary highlighting the life, legacy and motivations of Purdue University astronaut alumnus Virgil I. “Gus” Grissom -- the first man to travel into space twice in a capsule vehicle -- will premiere on the Big Ten Network this week.

Information Technology at Purdue (ITaP) produced the documentary for the latest episode of “The Boilermakers” series chronicling famous Purdue graduates.

The Grissom-themed episode will premiere at noon, Wednesday (Nov. 17) as part of the Big Ten Network’s non-athletic programming allotted to each school in the conference. The program is currently scheduled for rebroadcast at 3 a.m., Thursday (Nov. 18). All airtimes are Eastern Standard Time.

The program was originally set to premiere in September but was rescheduled.

After years of small-town anonymity in his native Mitchell, Ind., Grissom achieved instantaneous international celebrity in 1959 when he was named an inaugural astronaut in NASA’s Project Mercury. Grissom was killed along with fellow astronauts Ed White and Roger B. Chaffee (himself a 1957 Purdue graduate with a bachelor’s degree in aeronautical engineering) in 1967 at age 40 during a simulation inside NASA’s Apollo 1 command module. He had cut an integral path through several seminal moments of the 20th century, including 100 fighter-pilot missions in the Korean War and test-pilot duty in California.

“Grissom’s life is so compelling that it’s a perfect choice for ‘The Boilermakers,’ ” says Jason Doty, a producer and director with ITaP Video and Multimedia Production Services, which created the profile series (formerly titled “Purdue Profiles”) with 2008 and 2009 programs about basketball legend John Wooden and popcorn entrepreneur Orville Redenbacher.

“From 1926 to 1967, he was involved in so many major events of that era and achieved so much,” Doty says. “We hope this profile finds the humanity in him and the person who lived those moments.”

Doty wrote, produced, directed, edited and conducted all interviews for the Grissom program. It’s introduced and narrated by Randy W. Roberts, a Distinguished Professor of History at Purdue, who has participated in television-documentary projects for HBO, ESPN and the History Channel, among others.

“What stood out for me was just the drama in this life-and-death story,” says Roberts, who has narrated each installment of the profile series. “This is a genuine American hero who died in pursuit of the moon, and it’s just an unusually painful and dramatic story.

“I’m very proud of this series, and I like its idea -- that these people together tell a history of Purdue. When I look at these people, I see in them the personalities of today’s students at Purdue, and I’m proud of that, too. History should tell us something about ourselves, and these documentaries tell us about perseverance, hard work, ambition, ingenuity and the types of students that go to Purdue."
Posted by Ray Boomhower at 11:40 AM No comments:

I was saddened to hear from a high school friend of mine this past weekend of the death of one of my favorite teachers of all time, David R. Robertson, who taught at Mishwaka High School for thirty-eight years.

I was lucky to have Mr. Robertson for his International Relations class. He was a wise and witty teacher, who never talked down to his students and always made his class think for themselves. I was never bored in his class; there was always something to make you think or just make you believe that high school was not merely a way station for the rest of your life.

A good teacher can make a difference in his or her students' lives, and Mr. Robertson made a difference in mine. He inspired me to pursue my interest in history and writing, and gave me the confidence I needed at the right moment in my life. As someone once said, "The great teacher inspires." Mr. Robertson was an inspiration and will continue to be for the rest of my life.
Posted by Ray Boomhower at 7:03 AM No comments:

As in past years, I will be one of a number of Hoosier writers to be part of the Indiana Historical Society's annual Holiday Author Fair from noon to 4 p.m. on Saturday, December 4, at the Eugene and Marilyn Glick Indiana History Center, 450 West Ohio Street, Indianapolis.

In addition to signing copies of my latest book, Fighter Pilot: The World War II Career of Alex Vraciu, and others that I have published, at 2:30 p.m. I will give a talk on "Writing Lives: A Primer on Biography," in the Frank and Katrina Basile Theater.

The fair is part of your paid admission to the IHS's Indiana Experience (IHS members get in free). I have a limited number of free passes to the event. If you would like one, please drop me an e-mail at reboomer@yahoo.com.
Posted by Ray Boomhower at 9:31 AM No comments:

I sat down with Jon Barnes of the Indianapolis-Marion County Public Library to talk about my recent Eugene and Marilyn Glick Indiana Authors Award win. The interview is airing this month on Government Channel Two (Comcast 28 and Bright House 17), and will be posted on the library's Reader's Connection" portion of its Web site.
Posted by Ray Boomhower at 7:35 AM No comments: