In an 1887 letter to his wife, Susan, famed author Lew Wallace told her that he looked to her and his best-selling novel Ben-Hur: A Tale of the Christ “to keep me unforgotten after the end of life.” Susan did all she could to honor her husband’s wishes. With the help of Mary Hannah Krout, a Crawfordsville writer, she completed Wallace’s unfinished autobiography and saw it through to publication. Susan had to use letters and other material to cover her husband’s life from the retreat at the Civil War Battle of Monocacy in 1864 to his death in 1905. 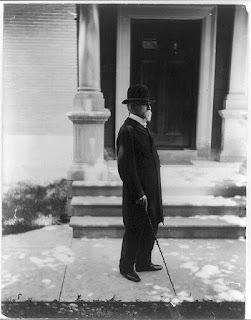 Although Lew Wallace had been famous enough to have several schools named in his honor in Indiana, his memory endures today thanks to Ben-Hur, a book that has never been out of print. The novel’s popularity has been helped through the years by stage and film productions. While he was still alive, Wallace received many requests to turn his best-selling work into a play. He resisted such attempts, however, fearing that no production could accurately portray Jesus Christ or the exciting chariot race.

In 1899 Wallace reached an agreement with Marc Klaw and Abraham Erlanger, owners of a theatrical syndicate, to turn his novel into a play. The men agreed that Christ would not be played by an actor, but would only be represented by a beam of light. The question of how to hold a chariot race on stage was solved by having horses run on treadmills built into the floor while the scenery moved behind them. Seeing the elaborate sets constructed for the stage version of his novel moved Wallace to exclaim: “My God! Did I set all of this in motion?” 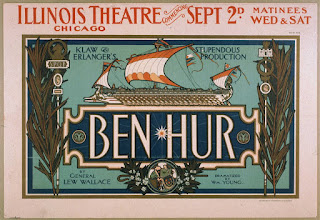 The play opened on November 29, 1899, at the Broadway Theater in New York City. Although the play received mixed reviews, audiences were thrilled and filled seats for every performance. In addition to its successful run on Broadway, the play traveled throughout the country and in Europe and Australia as well. People who had never before been to the theater—especially those with strong religious beliefs who had viewed such productions before as wicked—flocked to see Ben-Hur. By the time of its last performance in 1921, an estimated twenty million people had seen the play.

Ben-Hur seemed like the perfect match for America’s newest craze in the early twentieth century—motion pictures. Spurred on by such inventors as America’s Thomas Edison and France’s Auguste and Louis Lumière, motion pictures, or movies, had become a popular form of entertainment by the early 1900s. In 1907 a company called Kalem produced a short film based on Ben-Hur. The company, however, had not received permission for doing the film from either the book’s publishers or Wallace’s family.

Learning of the film, Wallace’s son, Henry, joined by Harper and Brothers and Klaw and Erlanger, sued Kalem for violating the book’s copyright. The case went all the way to the U.S. Supreme Court. In 1911 the Court ruled in favor of Wallace and ordered Kalem to pay $25,000 in damages plus expenses. The case set a precedent for future filmmakers who wanted to turn books into feature films.

The Kalem incident may have soured Henry’s view of movies. Although he received offers for years to sell the rights to his father’s work for films, he refused. “I will oppose in every way possible all attempts to produce any of General Wallace’s works in moving pictures,” he said. “The reason is because the average moving picture shows are wretched exhibitions utterly unworthy of dignified consideration.”

Henry’s opinion on the film industry changed in 1915 after seeing D. W. Griffith’s The Birth of a Nation. The three-hour-long silent film thrilled audiences with its elaborate story and dramatic depiction of America following the Civil War. At first, Henry sought a million dollars for the rights to film Ben-Hur. He finally reached an agreement with Erlanger for an impressive $600,000. 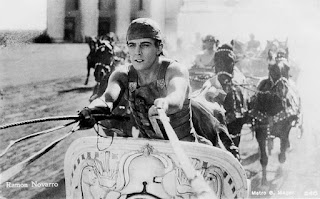 The right to film the book was obtained by the Hollywood film company Metro-Goldwyn-Mayer. Although filming on the movie started in Italy, skyrocketing costs caused MGM to move the picture to California. The film starred Ramon Novarro as Ben-Hur and Francis X. Bushman as Messala. Thousands of extras were used in the film, including such Hollywood stars of the time as Lillian Gish, Mary Pickford, Douglas Fairbanks, and Harold Lloyd. The movie ended up costing MGM $3.9 million, making it the most expensive silent film in history. 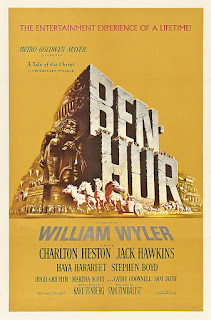 The film opened to glowing reviews on December 30, 1925, at the George M. Cohan Theater in New York City. Audiences were thrilled by the movie, especially the ship fight between the Romans and the pirates (actually filmed on the sea near Livorno, Italy) and the dramatic chariot race involving Ben-Hur and Messala. Approximately forty cameras were used to film the chariot race. To add realism to the race, the film’s director, Fred Niblo, offered cash prizes to the drivers who finished first, second, and third. Although none of the stuntmen were injured in the dangerous undertaking, several horses were killed in a crash.

The timeless quality of Wallace’s Ben-Hur caused MGM to turn to it again in the 1950s when the Hollywood studio found itself in a fierce competition with a new form of entertainment—television. Hoping to attract people from their television sets at home back into movie theaters, MGM decided to film a new version of Ben-Hur. The studio picked William Wyler, who had worked on the original 1925 film, to direct and selected Charlton Heston to portray the Jewish nobleman Ben-Hur and StephenBoyd to appear as his boyhood friend and rival Messala. American actors played most of the Jewish roles in the film, while Wyler picked British actors to portray the Roman characters.

MGM had a lot riding on the film. Heston noted that if the movie failed to attract customers, the studio might have gone bankrupt. MGM officials, however, were confident that Ben-Hur could outdo what the epic The Ten Commandments, which had starred Heston as Moses, had done at the box office. “There aren’t more than half the Commandments you could call really interesting,” said one MGM official. “We figure we’ve got a superior story.”

Wyler, a three-time Academy Award winner, shot the movie on location near Rome, Italy, over a nine-month period. Heston and Boyd were trained to drive the four-horse team and chariots by veteran stuntman Yakim Canutt. Thousands of extras were on hand on a set designed to resemble the Roman Circus to cheer as Heston and Boyd, who did most of their own stunts, battled as Ben-Hur and Messala. “Thundering past those screaming extras over the finish line was as thrilling as anything I’ve done in pictures,” said Heston. He called the chariot race “arguably the best action scene ever filmed.” In this case, none of the stuntmen or horses received serious injuries during the race. 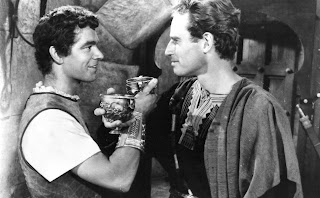 When he finished filming on January 7, 1959, Wyler had shot a million feet of film and spent $15 million, the most expensive movie ever made at that time. MGM had used its money wisely. “Ben-Hur turned out to be all we hoped for,” said Heston. The nearly four-hour movie premiered to glowing reviews from most critics on November 18, 1959, at the Lowe’s State Theatre in New York City. The film went on to earn more than $40 million. At the 1960 Academy Award ceremony, Ben-Hur became the first film ever to win eleven Academy Awards, a mark later matched by the 1998 movie Titanic. Heston won the Oscar for Best Actor and Wyler captured the statuette for Best Director.

Over the years, the 1959 Ben-Hur has continued to thrill and inspire viewers through its frequent broadcasts on television. In 1998 the American Film Institute named Ben-Hur as one of the hundred greatest American movies of all time. Heston, who went on to star in such legendary films as The Agony and the Ecstasy and Planet of the Apes, called his performance as Wallace’s noble Ben-Hur his “best film work.”

Ben-Hur’s fame lives on today (another film adaptation appeared in 2016). It has been used as the name for towns, for such products as bicycles and candy, and for a variety of businesses. What is often ignored, however, is the person who created the character—Lew Wallace. His role in the history of Indiana and of the country, however, should not be forgotten. Wallace’s life touched upon key events and figures in the United States, from pioneer days to the Civil War and the age of the automobile to this country’s rise to prominence at the turn of the nineteenth century.